3 years 5 months ago #37522 by Matt
Replied by Matt on topic GCCA's Next Meeting is Sunday, October 8th
We welcome our King Cichlid to the next meeting ....

Less More
3 years 6 months ago #37501 by libasci
GCCA's Next Meeting is Sunday, October 8th was created by libasci
... 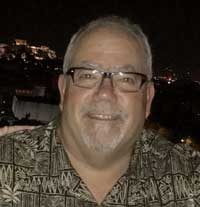 I first started keeping fish at age 12 (1968) and was quickly introduced to the Louisville Tropical Fish Fanciers and participated as a junior member. I moved from high fin green molly’s to Rift Lake cichlids in a short time and then settled in Lake Tanganyika in the early 1970’s and have keep them ever since with a break from 1994 to 2005. While in Santa Barbara California I founded the Santa Barbara Aquarium Society in 1979 and in 1985 returned to Louisville I rejoined the LTFF club and was later elected president then served for a few years and was the acting president when LTFF sponsored the 1992 ACA convention. I have been a member of the ACA during my years in the hobby and regularly attend the ACA convention. Over the years of keeping Lake Tanganyika cichlids I have photographed my fish as well as my friend’s fish and will present these photo’s and share my experiences in the hobby in keeping Lake Tanganyika cichlids feather fins and sand dwellers in the aquarium. Topics include feeding, territory requirements, water condi"oning, general maintenance and good fish pics.