What Could Have Happened??

6 years 3 months ago #35381 by King Kyoga
Replied by King Kyoga on topic What Could Have Happened??
I wish a wasn't so late on this to tell you that the second pic is not a sub dom Makobe, but you've probably figured it out by now


Sent from my iPhone using Tapatalk

Less More
8 years 1 week ago - 8 years 1 week ago #33520 by Senase
Replied by Senase on topic What Could Have Happened??
Oh, im not concerned I just thought it was interesting and wasnt sure why this had happened. Is there a possibility that this male will never coloring up? Also, thanks Nuchal Man for the input !
The Newb
Last edit: 8 years 1 week ago by Senase.

Less More
8 years 1 week ago #33519 by Nuchal Man
Replied by Nuchal Man on topic What Could Have Happened??
That just looks like a subdominant Pundamilia nyererei. Is it in the tank with the other male you have? A downside to Victorian cichlids and probably why they are not more popular is usually only one male colors up significantly in a tank.

P. nyererei is a highly variable species and can display a wide variety of coloration, I'm not just saying across it's range in Victoria, but within a population. I really don't see anything in the second fish, coloration wise or in morphology that would suggest it has some P. igneopinnis in it. If you are really concerned, take the male in the first pic out and let the second photographed male stay in the tank. I wouldn't be surprised if he starts looking more like his brother, especially if there are females in the tank.
I have a confession. I'm a cichlaholic.

Less More
8 years 2 weeks ago #33513 by Senase
What Could Have Happened?? was created by Senase
Hello there everyone, I thought this was quite interesting. I had purchased some Pundamilia nyererei (Makobe Island). As you can see in the 1st picture we have a Pundamilia nyererei (Makobe Island). Well, the second picture is of the brother. It resembles Pundamilia igneopinnis and I'm thinking of two possible explanations. One, it is a Pundamilia igneopinnis and it was accidentally bagged with the nyererei OR in the past a Makobe and a igneopinnis spawned. I'm thinking this present generation contains some genetic characteristics of the igneopinnis and Makobe. The brother just expresses the igneopinnis characteristics more. Does anyone have any other thoughts or has a better idea on what it appears to be?? Just thought it was kinda interesting. 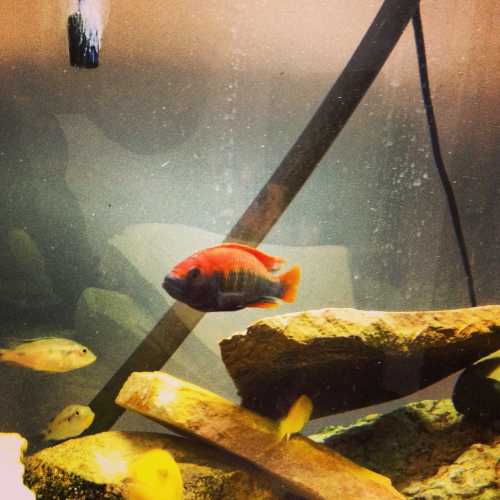 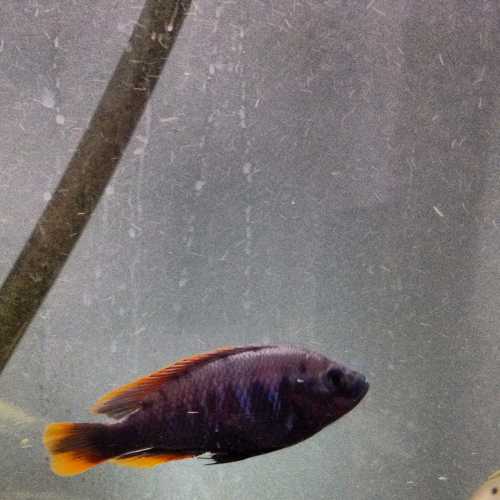