Randy Carey will speak on "Controlled Breeding and the Egg-Scattering Strategy".

Free Webinar: Watch on your phone or computer

Randy Carey has developed a reputation with tetras, barbs, and other “scatterers,” and most of the 200+ species that he bred are scatterers. From 1999-2010 Carey wrote frequently for TFH: a column on characins, feature articles and photography, and the book Tetras and Barbs. The late Stanley Weitzman, curator at the Smithsonian Institute, informally mentored Randy with their shared interest in the characins.
Shortly after his first tank in ’89, Randy became active in the Minnesota Aquarium Society and eventually become its first lifetime member. His ‘90s website launched the first aquarium-based blog (1997-2004) as well as his practice in digital aquarium photography. Now that Randy has transitioned to semi-retirement, he has refocused more energy toward Studio ’99, his fishroom and breeding lab of 80+ tanks.

This talk will explore the concept of “controlled breeding” – where the aquarist is actively engaged in a breeding program that controls the stages of conditioning, initiating a spawn, and maximizing the yield of offspring. Randy taps his experiences in breeding the scatterers (tetras, barbs, etc.) to share his perspectives on challenges and on striving to improve a hands-on breeding program. Expect to learn about the egg-scattering strategy and to be challenged to turn up the dial in your own practice of breeding fish.

How to Join the Webinar

You can watch from your phone or computer a few minutes before our scheduled start time of 6PM Central Time.

Choose the Open in Browser Option 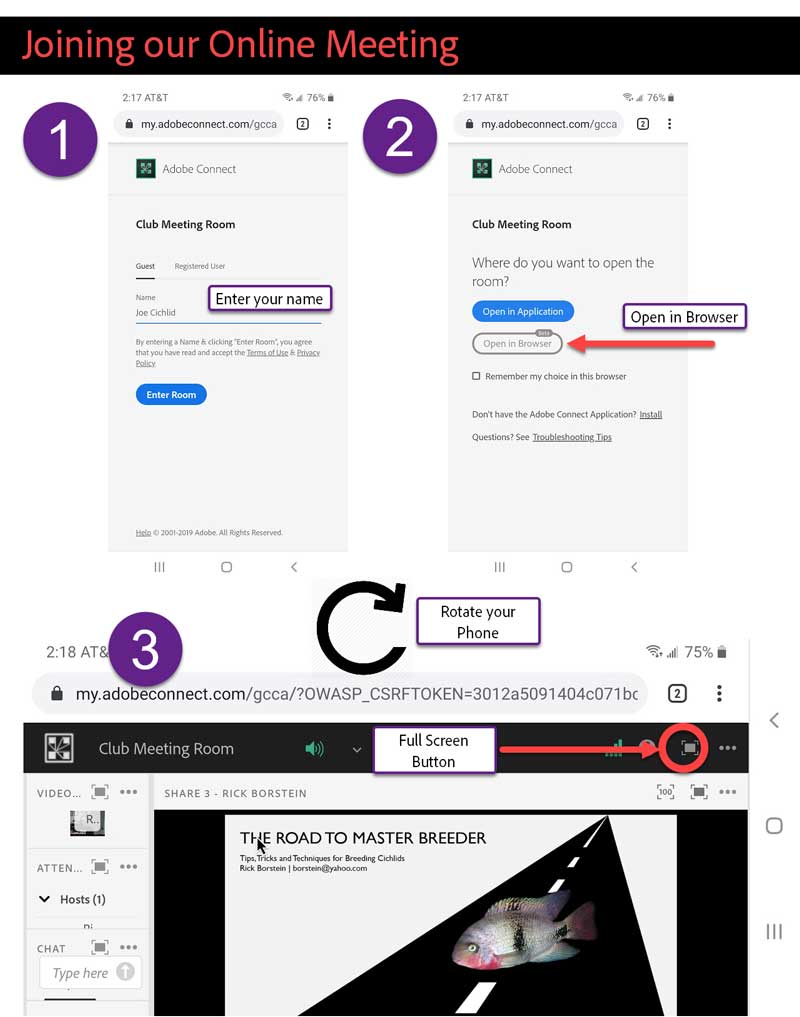