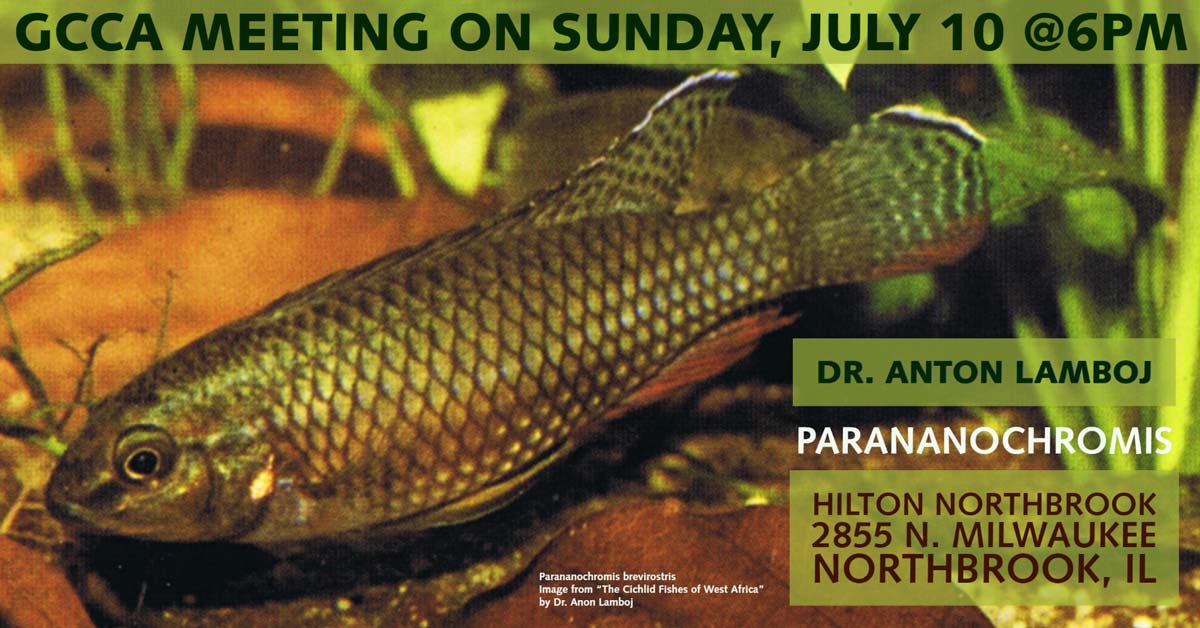 Join us for an in-person meeting!

Dr. Anton Lamboj has been an aquarist since the age of ten. Around 1980, he began to take a special interest in the cichlids of West and Central Africa. This interests led, in 1988, to the beginning of his academic education at the University of Vienna. Focus in science and hobby are West African cichlids. He has made numerous field/collecting trips to Africa, South East Asia, Australia, Central America and South America. He holds about 50 tanks with cichlids, anabantoids, characins and barbs, killifish and also live bearing fishes.

Dr. Lamboj has authored more than 450 papers (both academic and hobbyist) in eleven languages, including six books and contributions to about 40 other books (aquaristic and scientific). Till now, he has described 4 genera and 23 species.

He is lecturer and associated scientist at the University of Vienna/Austria and the University of Applied Sciences in Wels/Upper Austria, associated scientist at the American Museum of Natural History (New York), curator in the C.A.R.E.S. program and for Cichlid Room Companion; also honorary member of the French Cichlid Ass. (AFC), the Hill Country Cichlid Club (HCCC, USA), Texas, the Nordiska Ciklidsällskapet (NSC, Scandinavia) and Multicolor Ailingen (Germany). 2011 he was honored for his international work for the hobby as a „Mastère fédéral d‘aquariophilie“ by the French Aquarium Federation FFA, 2015 he got the „Scientist Award“ from CAOAC (Canadian Association of Aquarium Clubs). For many years he was president of the Austrian Federation of Aquarium and Terrarium Clubs (OEVVOE), where he is now „President in Honor“ as well as chief editor the Austrian aquarium and terrarium magazine „aqua-terra austria“ From OEVVOE he also got the first „Golden Anton Award“ in 2015, an award which is named after him and now given every year to a person or organization with outstanding contribution to the aquarium or terrarium hobby. He was judge for several competitions, for example at ACA, Aquarama in Singapore and since 2018 he also is judge for the Biotope Aquarium Design Contest (BADC).

Covid restrictions are lifted, but we ask that the unvaccinated and those that are at high risk / immune-compromised still wear a mask , and everyone else respect others personal boundaries.

All guests are welcome, but if you attend more than twice we ask that you Join or Renew Membership in our club.