A Visit with Scott Reiser

Plans were made and about 4PM on a Wednesday I was greeted by Scott at his beautiful home in Oswego. Scott is a carpenter and his home clearly showed the touch of a craftsman.

Down in the Scott's fishroom, the "craftsman touch" and attention to detail were again a theme. All his tanks were meticulously clean and clearly labeled. My two male Xanthopteryx were double-bagged and ready to go, but there were other fish for sale, too. Scott has mostly Vics and Malawians, all in great shape! I had to have the Aulonocara sp. "Yellow Collar" and took home ten fry, too.

One question which had been percolating in my mind was the name "Wilpir". How did that come about? Scott discovered he was a very good racquetball player and his skills were noticed by Wilson Sporting Goods who quickly signed him to a Pro contract. That's the "Wil" part of Wilpir (Wil-son). The "Pir" part was a bit harder to nail down. Either he was a Pirhanha (Pir) with the ladies or on the court. The two names got abbreviated and concatenated and hence "Wilpir" was born.

I've included some pictures below from my visit. If you get a chance to meet Wilpir at the swap and buy his fish, you won't be sorry. Thanks, Wilpir! 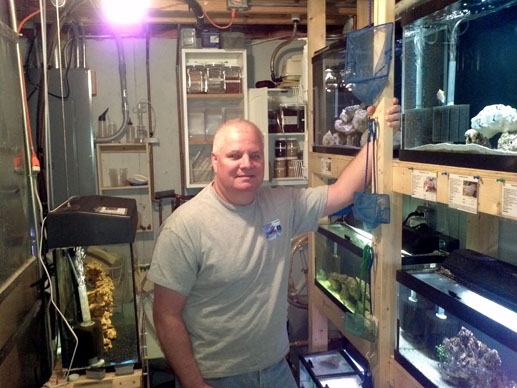 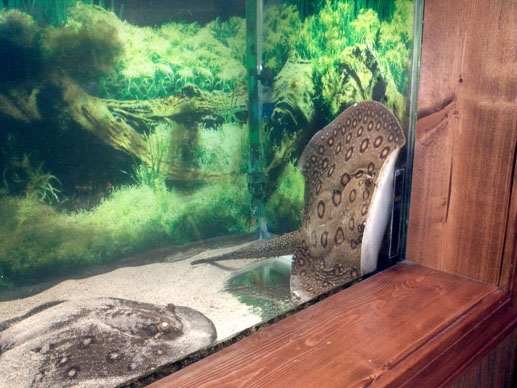 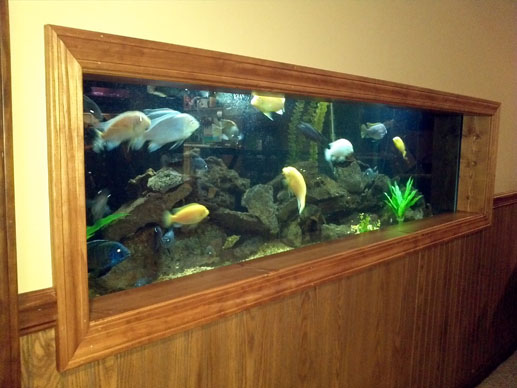 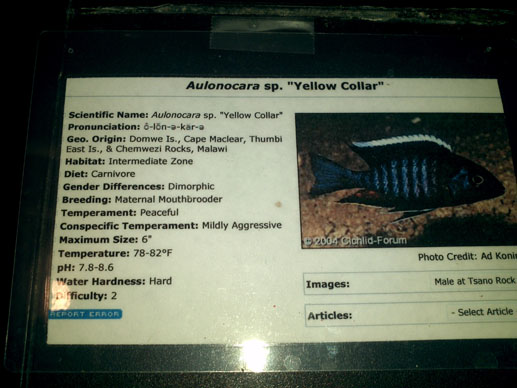 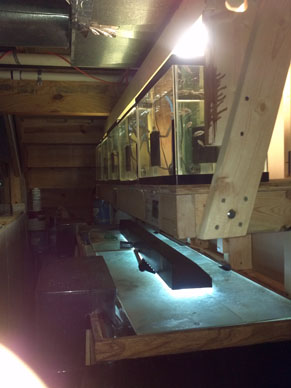