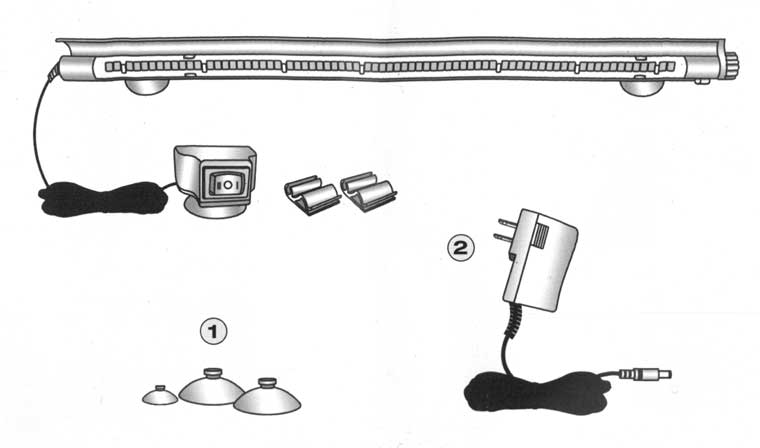 Ever have a tank get cloudy?

I think everyone has experienced this at one time or another. Most recently, I had a really bad snail outbreak in a 90-gallon tank, so I removed the fish (which I was selling anyway) and bleached the tank. After 24-hours of snail-killing  bleach, I stirred the sand substrate and siphoned out as much debris as I could. Then, I refilled the tank.

This is where the "cloudy" happened. After filling the tank and re-starting the filter, the tank was cloudy with very fine sediment. Usually, the filter will remove this in 24 hours. but after a week the tank was still cloudy. What to do? 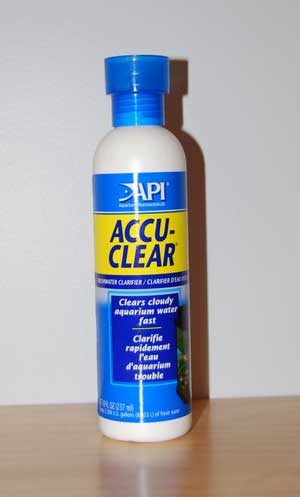 I was a bit stumped at this point, but then I remembered that I had won a goodie bag at one of the GCCA Meetings in the raffle. Inside, was an 8 ounce bottle of Accu-Clear from Aquarium Pharmaceuticals. This, I thought, is worth a try.

Using the product is simple. Just dump in 1 teaspoon (5ml) per ten gallons of water. The cap offers a convenient measure built in.

Bonus! Within 24-hours my tank water was sparkling clear!

How does it work?

Accu-Clear is a flocculant. The chemicals in the product bond to particles in the water a bit like glue and aggregate them. The result is that the particles fall out of the water column to the bottom of the tank where you can ignore them (I did) or siphon them out.

Although I didn't have fish in the tank at the time, you can use this product even if your tank is stocked.

What else can I say?

This product does what it claims to do. An 8 ounce bottle will run you $7 to $10 and will treat 480 gallons of water. I think this is a good product that every aquarist ought to have on hand.

Finding a good replacement food hasn't been easy. So, what am I looking for?

- Large flakes size for my larger fish, but easy enough to crush for fry
- Readily accepted by both fry and adult fish (they want to eat it)
- Available in bulk for lower price
- Vitamin Fortified
- Good grow-out rates for fry
- No bloat or other problems (obviously)

At this year's American Cichlid Association Convention, I picked up a couple of cans of food that I had not seen before: New Life Spectrum Optimum Fresh H20 Flakes. I was already familiar with New Life Spectrum Foods and have been using their pellets on and off throughout the years. Their pellet foods are so popular that many hobbyists generically use the term NLS to refer to the product.

At first glance, I wasn't sure this would be a great cichlid food as the primary ingredients are heavily based on protein rather than vegetable products and the protein content of this food is a whopping 49%. That said, I primarily use flake for fry and juvenile cichlids and for my livebearers. Young cichlids can tolerate higher levels of protein in their diet. In addition, I generally vary what I feed my fish, rotating in a good spirulina flake.

NLS Optimum Fresh H20 flake contains garlic which helps to prevent intestinal parasites and is a color enhancing flake. It even has ginseng as an ingredient. This food has a fiber content of 4% which is about on par with most other brands of non-vegetarian flakes.

How does it work?

NLS Optimum Fresh H20 flake has worked very well for me. I've seen great growth rates for my cichlid fry. It can be a real challenge to migrate fry from baby brine shrimp to flake, but this food is so appealing it hasn't been a problem. My livebearers seem to have shown the greatest benefit. I've seen increased spawning from mollies and goodeids and superior color.

I liked the food so much I bought a 1.76 pound tub from Jehmco. I keep the large tub in the freezer and only take out what I need each week to feed my fish. A complaint about the bulk packaging is that it is really hard to open, especially when cold out of the freezer. I transferred the flake to another container with a screw-top lid. 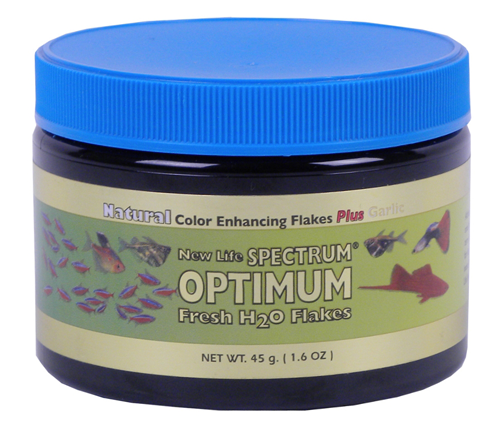